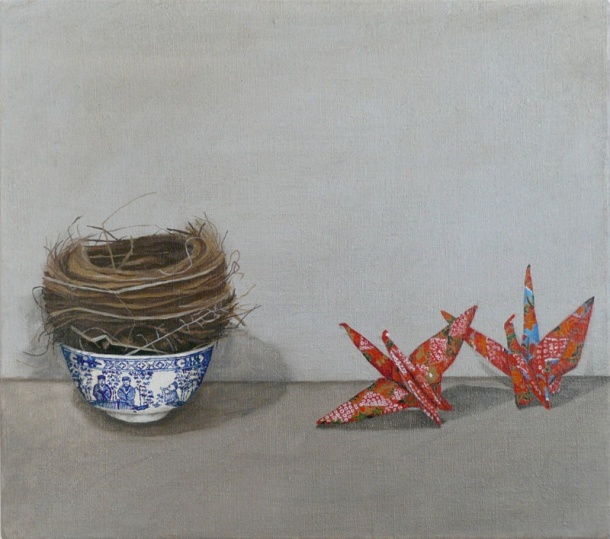 Through the transformative process of applying paint on canvas, Karen Gray’s art has long been concerned with re-contextualising objects and investing them with personal meaning. While this meaning may not always be directly obvious, the emotional resonance of the artist’s intent is imbedded in the work’s tactile surface, and melancholic imagery. Gray’s recent body of work ‘lost and found’ is no exception.

Focusing on the depiction of nests, bowls and origami paper cranes, these unlikely objects sit harmoniously in the picture plane.  The idea for this series sprung very naturally from watching the small birds that make their home in the shrubs underneath the artist’s studio window. Gray waited patiently until their eggs had hatched and the proverbial nest was empty, before taking it into the studio. Fascinated by the aesthetic qualities of nests, their fragile and seemingly chaotic construction which belie strength and perfect functionality, these nests soon consumed her work. Perhaps it was also the metaphorical reading of these objects that the artist sought to harness. There is a sense of absence in Gray’s nests. While they used to nurture life, here they are rendered empty. This is enhanced by their juxtaposition with small empty bowls. While these two objects mirror each other in their overall shape, they are visually quite opposite. The smooth round, glossy surface of the bowls, painted with intricate ornamental scenes verses the natural random, roughness of the nests. It is this push-pull of textures that is reflected in her paintwork, which ranges from tightly detailed description, to looser brushier strokes.

Into some of these intimate works Gray introduces Japanese paper cranes. The angular shape and vibrant colours and patterning of the paper provides aesthetic contrast with the other objects. But it was the personal significance of these cranes which led to their inclusion. Japanese cranes have a long been association with healing, and for this reason they were given to the artist’s mother who, when very ill, was literally showered with cranes by a close friend. They are a symbol of hope and healing, constructed by hand and made with love. They also provide a meditation on the nature of faith, which is imparted in Gray’s imagery.

There is a witty undercurrent to these works, in the artist’s play on Chinese birds nest soup, and in the man-made birds suspended over nests once inhabited by the real thing. The shallow, abstract space and simple arrangement of objects acknowledges the work of Giorgio Morandi, whose innovations in painting still life changed our perception of the genre. But overall through Gray’s controlled technique, these paintings speak quietly of faith and loss, and in doing so contain a resonance that reaches deep within. 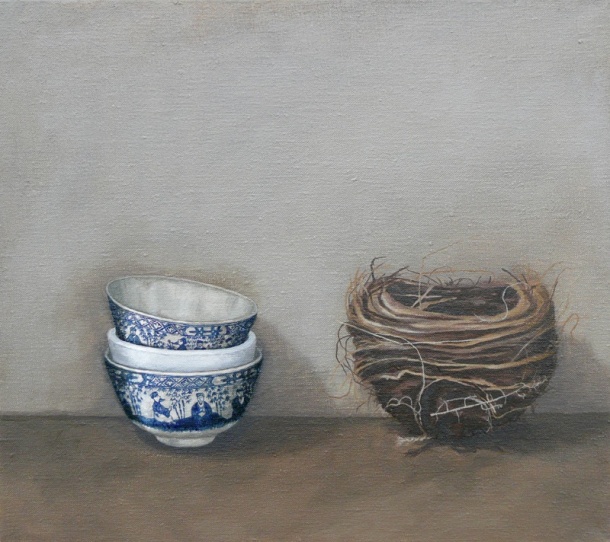 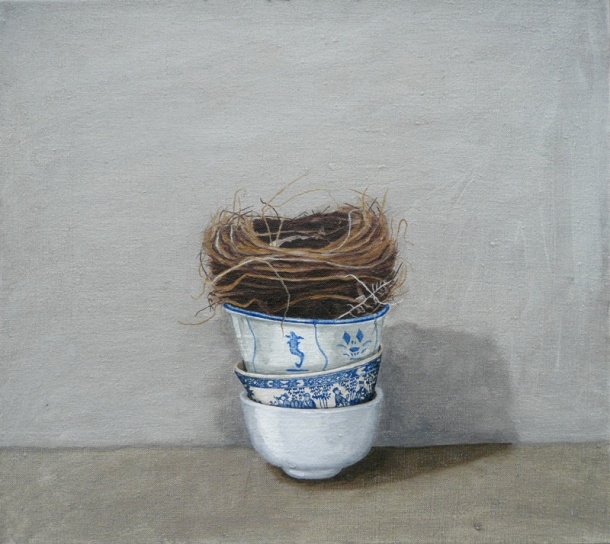 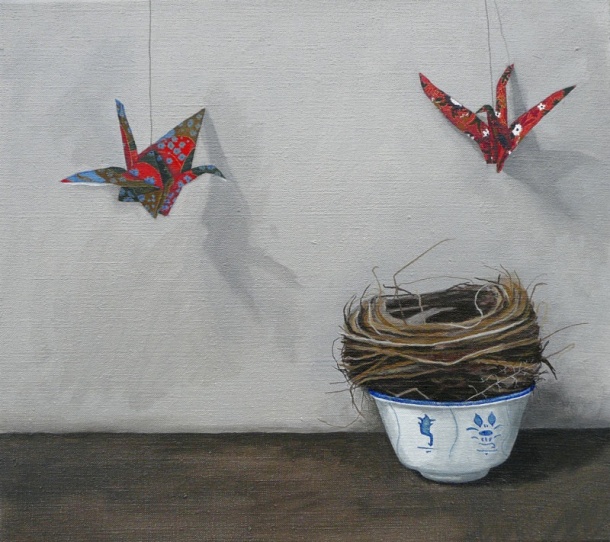 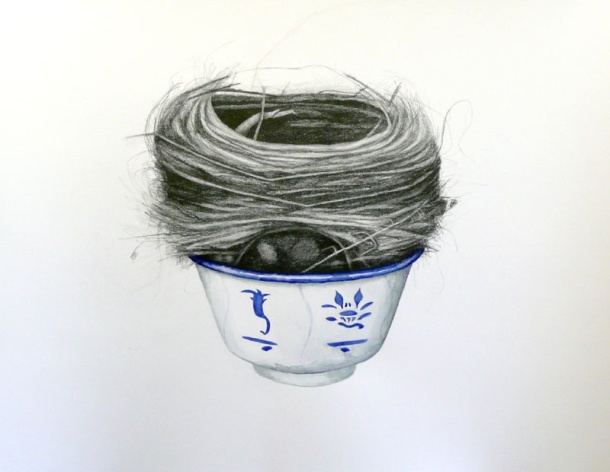