The sculptures of Dion Horstmans slice through the space that surrounds them with angular force and superb brevity of form. In his latest exhibition Elektromont, Horstmans draws upon some of the ideas and influences that have long permeated his practice. Speed and electricity, thunder and lightning, the stars and planets are all aspects of the universe that Horstmans has for many years sought to conjure through his geometric wall sculptures. His powder-coated steel works consist of a mass of lines that intersect and crossover one another, forming numerous angles that change depending on the perspective from which they are viewed. This creates an optical evocation of movement that belies their essentially static nature. 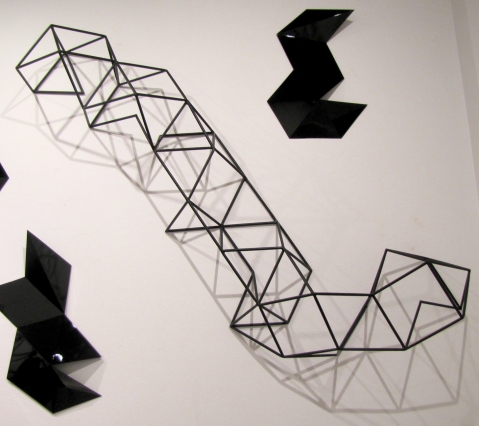 With their formal precision and hard-edged exactitude, one might assume Horstmans relies on digital process and mathematical mapping to arrive at his finished sculptures. However this is not the case. Rather, it is a physical and intuitive engagement with materials and space that drives his practice. He also cites the angular designs and bold use of colours such as red, black and white present in the Polynesian and Maori art that he grew up with as a prevalent influence.[1] Perhaps another, deeper similarity to these Pacific art forms is reflected in Horstmans’ desire to give material presence to fundamental elements from the natural world that are energetic and essentially intangible – such as speed and light. 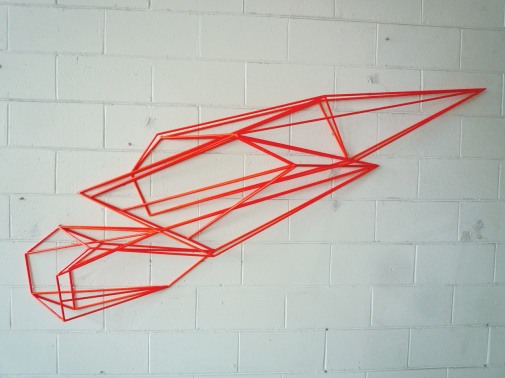 While having forged his own distinctive place in the sphere of contemporary sculpture, Horstmans continues an impressive lineage of artists who have for over a century been inspired by the art of tribal cultures. Most famously Pablo Picasso incorporated the ambiguous, non-fixed perspectives and mask like facial features of African tribal art in the iconic Les Demoiselles d’Avignon painted in 1907. In doing so he invented an entirely new visual language and sewed the seeds for the development of Cubism.

Further points of formal and conceptual resonance between Horstmans work and this revolutionary art movement can be detected in the linear-edged, painted facet that Picasso and Georges Braque employed as the multipliable unit of Cubist image-making. These irregular and often angular planes were arranged on the canvas to hint at representational certainties, while simultaneously avoiding them. In a sense this is analogous to the ever-shifting spatial faceting found in Horstmans sculptures, where connecting steel tubes form outlines to imaginary planes, enabling the mind of the viewer to essentially fill in the gaps if they choose. These imaginary planes coalesce to form prisms and cubes – and like the Cubists rejection of the traditional fixed-point perspective, Horstmans sculptures gain their essential dynamism through the many ways they can be visually understood when physically encountered. 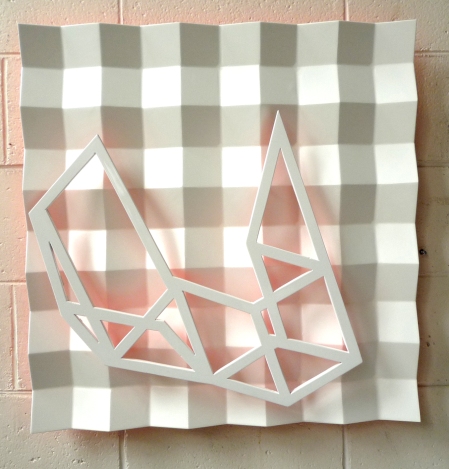 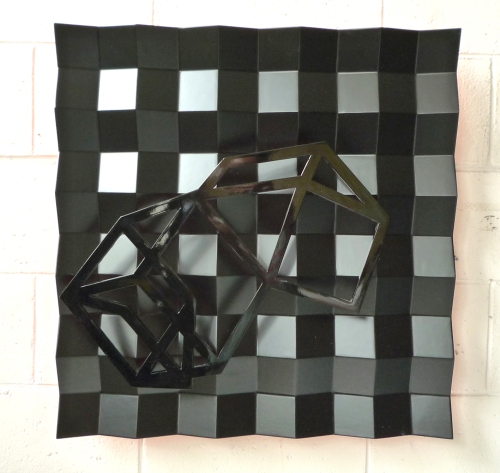 Such similarities reflect an enduring artistic drive to reshape and reconstitute positive and negative space, as artists seek to frame another dimension beyond that of lived, everyday reality. This impulse traverses centuries, cultures, and media – and forms the foundation of some of the most profound and interesting artworks.

Horstmans has developed an approach to sculpture that is immediately identifiable, and is clearly driven by his innate sense of balance and ability to achieve beauty within an object. His works are starry, prismic, and universal, seducing the viewer with an oblique, crystalline grace. 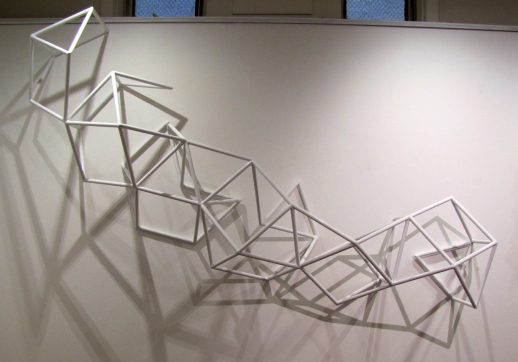 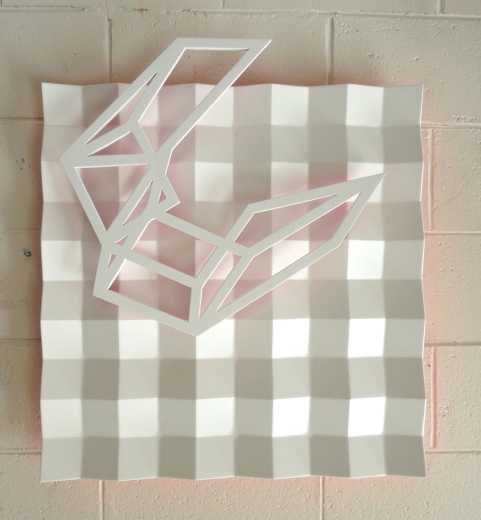